What are hereditary diseases?

Hereditary diseases are caused by genetic changes (mutations) in the genetic material. Parents can pass them on to their offspring.

Often the predispositions for a hereditary disease are hidden undetected in the genetic material of a healthy animal; they are called "carriers". Offspring from a mating of two carriers can become ill even though both parents are outwardly completely healthy.

You cannot tell whether an animal is a carrier of a hereditary disease - only a genetic analysis can provide certainty. 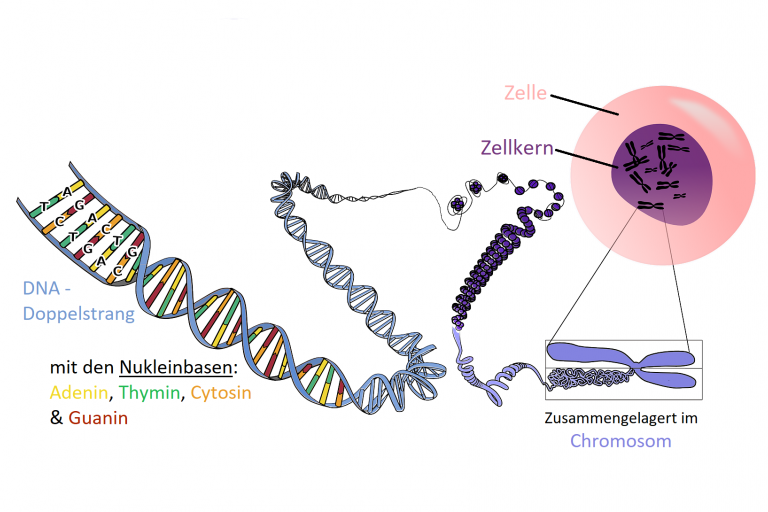 Individual genetic information that serves as a blueprint for the development and function of every living being. It is present in every cell and is there in the form of chromosomes in the cell nucleus. It consists of phosphate, sugar and nucleic bases.

Present in the nucleus of a cell and consists of a tightly packed DNA double strand. The number of chromosomes varies between different species. 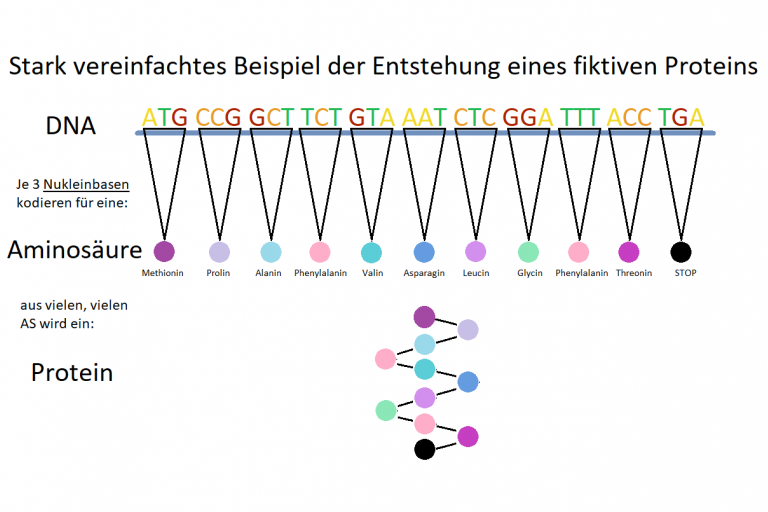 Components of DNA. There are four different nucleic bases in DNA (adenine, thymine, guanine and cytosine; abbreviated as A, T, G and C), the order of which encodes the information. Three nucleic bases each code for one amino acid. Many, many amino acids make up a protein ("albumen"), which determines the appearance and function of the organism. Variations in the sequence of nucleic bases are called mutations.

Hereditary information units for important proteins, enzymes and much more, which are present as individual sections on the DNA and consist of a sequence of nucleic bases. A horse has about 20,000 genes. In humans, the number is estimated at around 20,000 to 25,000.

The total genetic information present in individual cells or in the whole organism (sum of all genes).

An allele is a particular variant of a gene. For each gene there are two alleles (diploid: one from the mother, one from the father), which do not always have to be the same. Certain hereditary diseases are caused by a mutation in one or both alleles.

The different allele combinations of an individual. The genotype is indicated in the form of a code (see our examples). A healthy animal is designated with (N/N) or (n/n), a mutation with the respective abbreviation of the associated disease, e.g. (N/ca) for a recessive or (n/MH) for a dominant mutation.

Appearance or characteristics that can be recognised externally (e.g. colour).

The change in the genetic material is located on a chromosome that is independent of sex (not X chromosome or Y chromosome).

The change in the genetic material is located on the X chromosome. Therefore, the change shows up differently depending on the sex of the affected animal.

A change on one of the two alleles is sufficient for the animal to suffer from a hereditary disease or show a certain trait. Animals with one copy of the mutation have a so-called "heterozygous" genotype, animals with two copies have a "homozygous" genotype.

The disease only occurs when both alleles (homozygous genotype) are affected by the variation. Animals with one copy of the mutation have a so-called "mixed (heterozygous)" genotype, whereby the possible hereditary disease is not visible in the phenotype. The animal is a so-called "carrier".

The following inheritance patterns are explained with one example each of equine or canine diseases, but generally apply to all animals. External traits, such as coat colour, are also inherited according to these patterns, but are often dependent on several genes and/or other factors (e.g. feeding, husbandry, etc.).